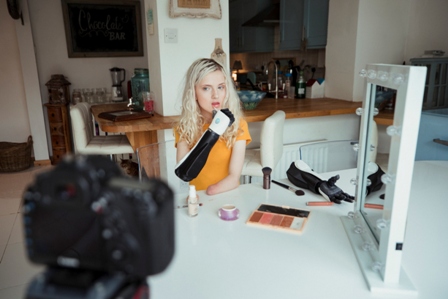 These are among the more recognizable livestreaming sites, but there are countless ways to livestream almost anything – from a favourite sports team’s live match or the news as it happens.

How do you livestream?

Livestreaming is created using a smartphone and an app, turning anyone into an on-the-scene reporter and historian. Livestream technology lets the user watch, create, and share video in real time.

Livestreaming can be a positive outlet for your child to show off a particular skill with their friends, or learn a skill from someone else. Youth can watch someone they know – or don’t know – gaming or, more problematic, take part in a schoolyard fight.

Most often livestreaming is often spontaneous and happening in real time. The viewers feel like they are in the middle of the action – almost like they are where the event is taking place. It gives viewers the sense of being part of something bigger while learning something new.

Talking to your kids

Livestreaming can be difficult to moderate, and, like anything, has its issues. Since a livestream is often unscripted and done on the fly, the content your kid may innocently be viewing could take a turn, quickly, to something unexpected. Talking with youth about the pros, cons, what they enjoying watching via livestream and why, and steps they can take to ensure their safety while livestreaming is important. Having open and honest discussions about the content they are viewing, as well as the benefits they see in livestreaming themselves, will help you both reach an agreement about using this popular medium.

It only takes one person to tap one button on a smart phone for someone or something to go ‘live’ on the internet.