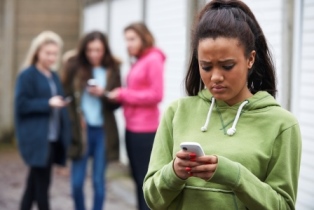 Sending a quick photo to a friend or a family member is something we do almost without thinking. We want to share a milestone, a photo of an awesome meal, a photo of something funny, or just a selfie to say hello.

Sometimes that photo can be revealing, even sexual in nature. The photo may make the sender feel empowered and attractive. It may be intended only for the person it is being sent to and for their eyes only.

The reality is these photos can be shared via social media or email without the subject's knowledge and consent. They can be manipulated into something else. Such photos can cause harm or be used to coerce the subject into sending more photos or engage in other sexual activity under the threat of being further exploited. We can also received unsolicited photos, which can make the recipient feel uncomfortable, even harassed. This is known as cyberflashing.

Sending and sharing unsolicited photos of a sexual nature can be seen as sexual harassment, and should be reported to police. It is important before sending or sharing any photo of someone else, or with someone else in the image, to have their consent before doing so.

Intimate images and the law

Sending intimate images between adults over the age of 18 is legal when each person voluntarily agrees to participate, and where no intimate image is shared without the person who is in the photo or in the video.

In Canada, it is against the law to:

Also, it is considered identity fraud if someone pretending to be you creates fake accounts of you by using your private photos. If you or your child find a fake account using your youth's photos, report it.

Intimate images and youth under 18

When sexting and the sharing of intimate images is between youth under the age of 18, it is more complicated.

A photo or video of someone under the age of 18 in which that youth is naked, semi-naked, or engaged in a sexual act is considered child pornography. It is against the law to posses, view, make, post, share, distribute, or send these photos or videos.

That means it is illegal to:

Talking with your kids

Creating a safe space where youth can talk about these issues is important. Listen without judgment, and let your kids know that they can come to you, share their concerns and ask questions. There are several resources available to help caregivers and educators begin the dialogue with youth on these issues and, as a result, help empower youth with the tools to ensure they use critical thinking before sending or sharing a sensitive image with others.